This release fixes a bug in the presentation of questions associated to large events such as a national convention.

Whenever you create an event with a few “simple” questions, the LionsBase mobile application will automatically create clever sections to group the questions together.

A common case is that you start with a checkbox-based question “Participation” with a few authorized “answers” (e.g., “Preparation meeting”, “Visit”, “Dinner” and “Debriefing”): 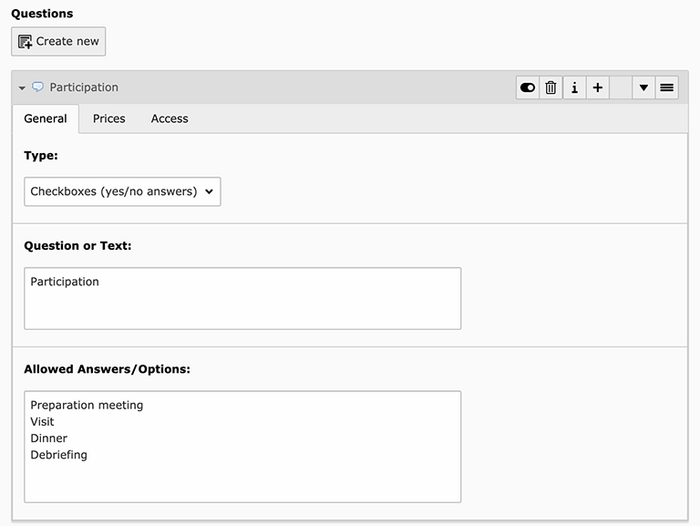 and then a few other questions of any type (radio-based, single text, …):

The mobile application would show 2 sections for your questions, the first one grouping the YES/NO (checkbox-based) questions together and then all other type questions: 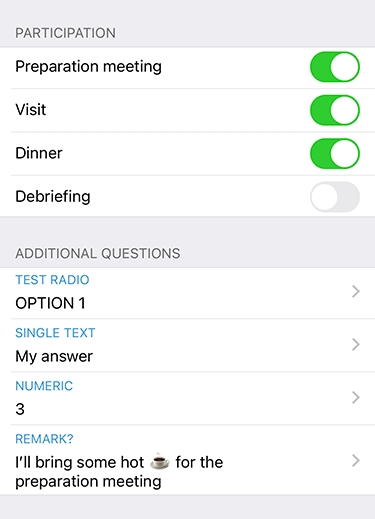 A radio-based question on the other hand uses the various authorized answers as options to be chosen from; this means that you are presented with an option picker and need to choose one single answer that fits your needs: 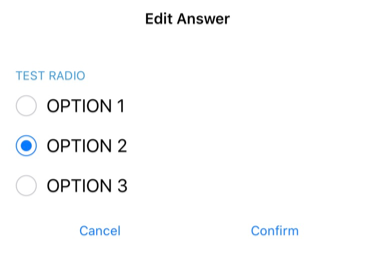 Now, for larger events such as a national convention, it is common that the YES/NO (checkbox-based) questions are flagged as “meta-events”, which allow them to be considered a bit like “sub-events”. Those “meta-events” may have a dedicated price associated to them, possibly a restriction on the number of participants, or even targeted at some functions (e.g., district governors and 1st vice-governor), members of a given district (e.g., general assembly of district West) or only at external guests (e.g., city tour for the partners of the Lions members).

In that context, the organizer uses questions of type “Header” to visually separate the numerous meta-events:

The expected rendering is then to use those Headers to group the YES/NO questions together instead of using their “Question” part as title for the section.

It is precisely this grouping that was not working properly in the mobile application and is now corrected.