This release brings an enhanced user experience (UX) in the dashboard.

We have enhanced the way upcoming events (introduced in version 3.4.0) are presented in the dashboard. In fact, it turned out that many members are opening the LionsBase mobile application to have a glance at upcoming events. We now show all upcoming events, including those you are not attending, together with your status:

This is thus behaving exactly like within your Personal Calendar.

We have figured out that for users on a tablet, news articles were often presented with only the image and either no overlaid information or an information overlay largely covered up. This should now be fixed: 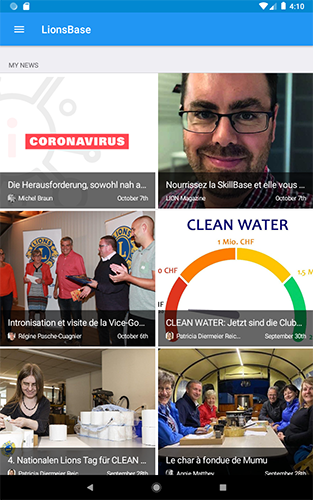